Abstract: This article written in English considers the phenomenon of inscriptions on clothes as an extralinguistic factor affecting the culture of adolescents. The author advances the idea that modern fashion is not responsible for the content of inscriptions on clothes which don`t entail any social-psychological threat.
Ключевые слова: надписи, мода, одежда, шок, внешность, эктралингвистический фактор

As we all know, there is a Russian proverb «Beauty may open the door, but only virtue enters. One meets people by their clothes, and says farewell by their mind. (Literary meaning)» Assessing a person, we guess his appropriate age, social status and fashion. Many try to stand out from the crowd, and some actually blend in with the crowd. In today’s world, lettering on clothing, and especially in English, is the most important part when buying. The inscriptions on the clothes tell the owners about the level of their foreign language, social status and interests. And some people buy clothes and do not think about the meaning of this inscription, but others do only because it is fashionable or unusual. After all, the inscriptions in English are completely different: cute, funny, vulgar, stupid. However, modern youth wears and marks them quite fashionable and unusual. But not all inscriptions are cultural and censored. For example, there are inscriptions that contain obscene and rude words, as well as containing spelling and grammatical errors, but teenagers do not attach much importance to this and continue to wear such clothing, because they simply like it. 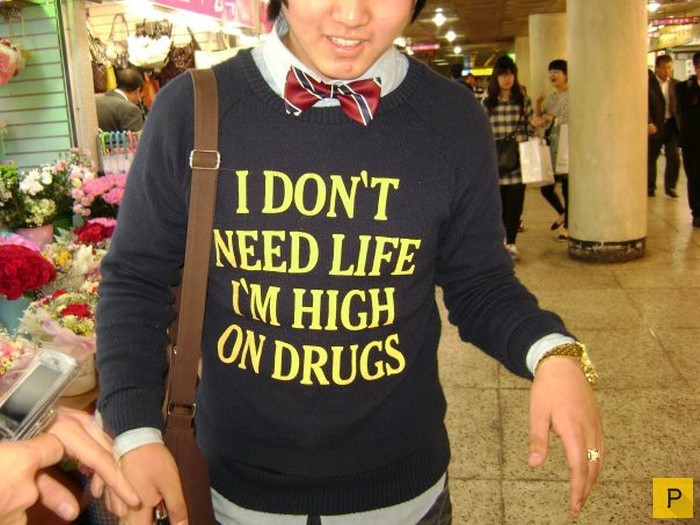 Picture 1. An example of obscene English inscriptions on clothes.

The picture above shows a good example of obscene English inscriptions on clothes. At first glance it seems nothing unremarkable, but if you dive into the meaning of this inscription, you can feel the shock. This inscription seems to call for drugs, or symbolizes a person taking such a pernicious habit.

Things with the inscription have become the most important attribute in the wardrobe of a modern man. Clothing has become in a sense a platform from which a person has the opportunity to tell the world about his character. Teenagers tend to buy clothes exclusively with the inscriptions in a foreign language, whether it’s a shirt, t-shirt, sweater, whatever. But what do they mean by that? If nothing, it’s really a fashion statement. But the t-shirt is also like a blank sheet on which to write. In General, such a garment as a t-shirt, from the moment of its appearance, is considered a «talking» thing. There are even cultural studies on the topic that a t-shirt is a «clean slate» for slogans and statements, as well as a place to demonstrate one’s lifestyle. And, mind you, society has successfully enjoyed this privilege. But the inscriptions on t-shirts in a foreign language should be treated with caution and with intelligence, since the idea you come up with may sound ridiculous if it is incorrectly formulated in a foreign language. 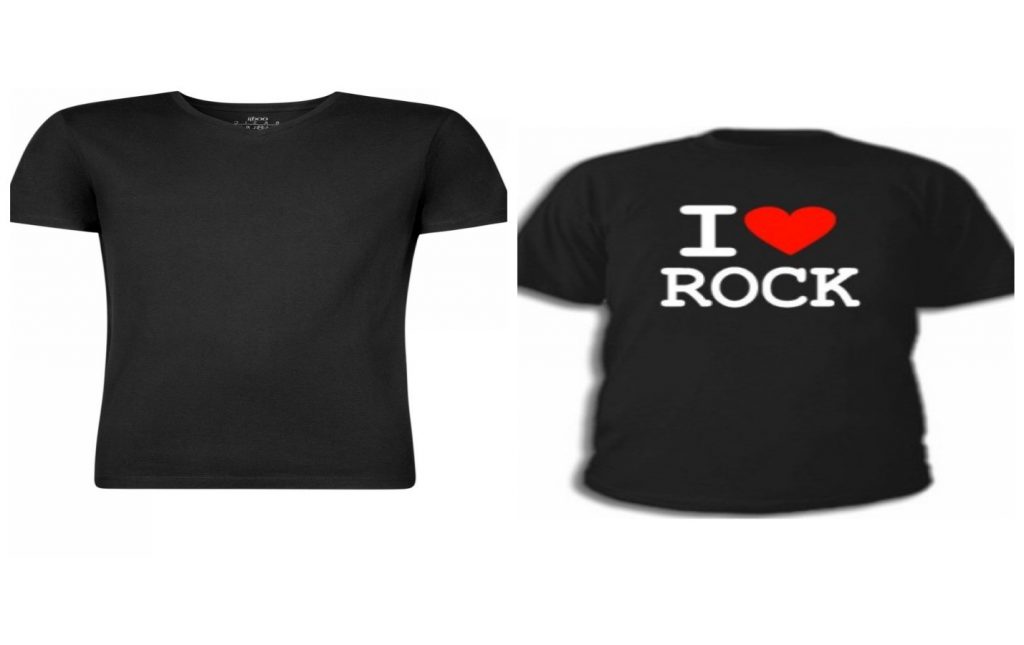 The picture is a comparison of two black t-shirts. I would like to explain this by the fact that now in the 21st century there are many different modern technologies that you can safely make an ordinary or unremarkable black t-shirt to order and come up with the original inscription, thereby highlighting yourself. For example, if you are a fan of rock, then this t-shirt is perfect for you. The t-shirt looks both fashionable and beautiful.

Manufacturers of fashionable clothes often do not pay attention to grammatical errors in words, excluding the world brand, the main thing is a fashionable style with an additional accessory of the inscription in a foreign language and the product of this enterprise is being well sold.

The inscriptions on clothes should be treated with caution. People around them often perceive them as words spoken aloud to fashion masters.  If you don’t support the words written on your clothes, then why do you need to wear them? Over the past couple of years, there have been almost two dozen cases when for incomprehensible inscriptions on clothes made in Arabic, or understandable, in English, but with «jokes» about bombs, carriers on such clothes were not allowed on the plane. Thus, to paraphrase a well — known phrase, we can say-we are responsible for what is written on our clothes.

Children under the age of transition, parents choose and buy clothes, the ones that they like. At this age, children are not particularly concerned about their wardrobe. But the older they get, the more they start to watch their appearance. Teenagers begin to follow the fashion, wear similar clothes as their peers, so as not to lag behind and not stand out among others. After all, they have such a period that if they notice their peer dressed differently, out of fashion and out of season, they immediately begin to call names, criticize, call «Ugly duckling», which is very nice. Accordingly, all try to dress as one brand. Modern youth likes their wardrobe to be filled with a variety of clothes, such as casual, weekend, formal, warm. Also, they prefer completely different inscriptions on their clothes, and maybe even without an inscription, which many people like to do, each selected image should have its own mood and helps to accentuate it with the inscription. After all, when we walk down the street and see a man dressed in clothes with an inscription, we understand what his mood is today, or what kind of person he is in life. Labels are changing with the age of the person. Usually clothing with inscriptions is preferredby the youth, so as most of  adult generation not always understands and welcomes that, directly prefers to wear clothes without calligraphy.

After all, they are well aware that all these inscriptions and youth slang are not for their age and status, as there may be written there something obscene and ridiculous. And this is the right decision, unlike teenagers who only look at the beautiful style and funny letters.

Show business stars also prefer such extraordinary inscriptions on their t-shirts and hoodies. With these inscriptions they try to convey us their thoughts, lines of their songs or their names, or to refute the next rumors of the media. There are such inscriptions as «do not be afraid, I am healthy», «Selfish», «Meet the king» and so on. Many stars have their own branded stores that embody their creativity and life credo. Accordingly, it is fashionable, beautiful and crowds of teenagers flock to such stores to buy something from their idol.

If we talk about extralinguistic, it examines different kinds of psycho-physiological manifestations of men, which include: pause, laughter, crying, sighs.

In turn smile and laughable cases areopen, but not defiant, friendly and not without guile. Soft and ironic jokes are also part of extralinguistic understood without translation. Templates are familiar phrases, facial expressions, gestures, body movements, creating a recognizable picture.

If teenagers are included in the understanding of inscriptions on clothes, in their translation and understanding, then there will be a change in the attitude to English inscriptions as an extralinguistic factor affecting their culture, and the interest in learning English will be increased.

Inscriptions on clothes are divided into several groups: 1) romance 2) sports 3) life credo 4) appeal 5) music 6) cities 7) designers 8) ecology 9) religion, as well as inscriptions with spelling and grammatical errors.  Some inscriptions are shaped like the abbreviations «D&G «from » DolceGabbana», by shortening «Ecogirl» from «Ecological girl». Often in English inscriptions can be found proper names: personal «only Frankie Morella can judge me»; geographical «London is calling you», «New York Paris London Tokyo».

Judging by the data of this table, it is possible to determine the knowledge of English by the age category of a teenager. About 60% of teenagers know the translation of English elementary words, and the remaining 40% found it difficult to translate their inscriptions.

So we come to a conclusion that whether teenagers take into account the semantic load of inscriptions in English, it turns out that only more than half of teenagers when buying things pay attention to the translation of English phrases, but they also note that difficulties in translation do not prevent them from buying clothes they like, and the rest believe that the inscriptions are an ornament or an addition to their clothes.